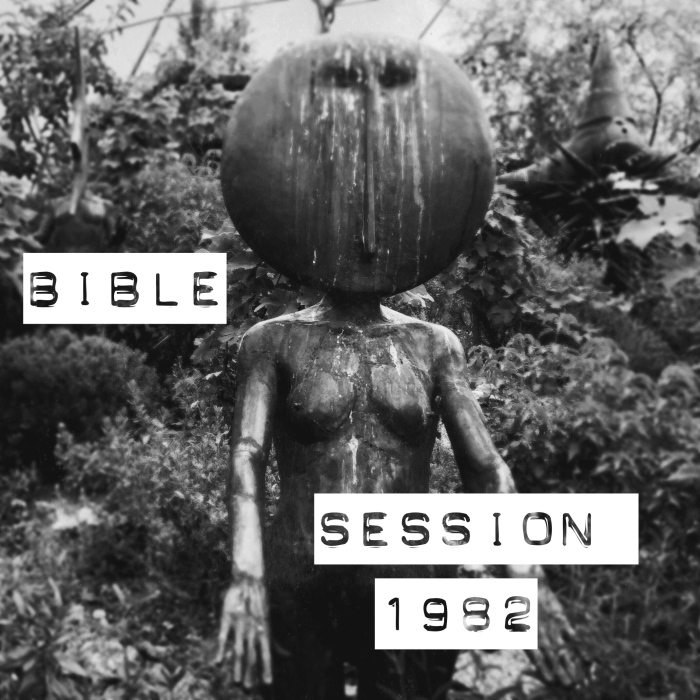 Whilst the Glove of Bones is new for 2015 it’s predated by a number of pieces made under A4(+) since 2012 (all here), and lurching back 30+ years to an exercise in youthful exuberance that briefly called itself ‘Bible’ after the popular novel. This could be accurately described as a proper band having a singer of sorts, a guitarist (Chris), a bass player (Steve) and a drummer who at this moment in time is unnamed.

The band rehearsed a few time in Chris’s parents house, once in the upstairs room of a pub (blue plaque status pending) and played one raucous gig at the ’77 club in Nuneaton supporting local NewRom band Versatran. Sadly, to the best of my knowledge the gig wasn’t recordered and there is thankfully no photographic evidence.

However, recently unearthed (or unlofted) is an Ampex 370 C60 cassette that has the rehearsal in its entirety.

Please find herewith the content of the historic jewel below, from the dark days of 1982 or thereabouts, with a slight nod to influences such as Magazine & Bauhaus, newly digitally transferred and remastered – Bible (there is no ‘The’).

If you have any further information about this lost cultural phenomenon please leave a comment or email therighthand@gloveofbones.com