The absolutely huge MERZfunder compilation was released last night, Friday 28th October. 113 original tracks by some highly creative individuals & bands, many pieces made specifically for the project. As well as offering two tracks, one with Peter Wullen, I was very honoured to be asked to put together some cover artwork for this.

The piece took specific reference from the many collages of Kurt Schwitters, whose Merz Barn in Langdale is the point of this fundraing project. More about the Barn can be found in a previous post HERE. The project is a digitalDIZZY production, an independent net label and promoter of all things anarchic and free thinking. Kudos to Ruby Black and the Devotional Hooligans.

Here’s a small selection of pieces by Schwitters that informed my cover design. 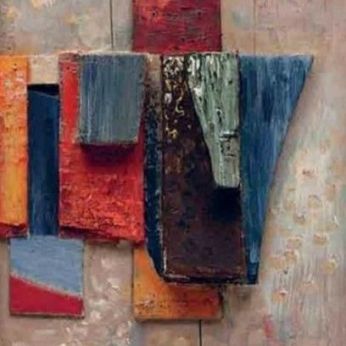 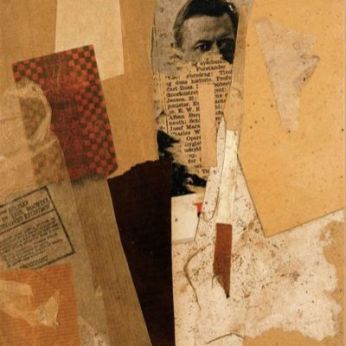 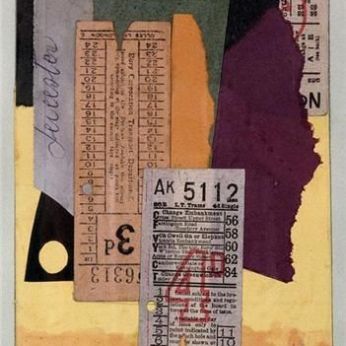 The MERZunder is on Bandcamp now and for a small number of 5 British Pounds it can be yours.

There is a huge diversity of music here. Most of the featured artists also have their own Bandcamp or Soundcloud page.

It is 100 years since the Dada movement first rocked the art establishment and paved the way for every oppositional and groundbreaking cultural force that followed, from surrealism to pop art, situationism to punk. Yet in the recent BBC celebrations of the anniversary, no mention was made of Kurt Schwitters, the man seen by many as a major force in and beyond Dada – and the only one to leave a lasting physical legacy of his work in the UK.

MERZfunder brings together more than 100 musicians and experimental noise makers to raise money to support and preserve the Schwitters Merz barn in Cumbria. This was where Schwitters made his final Merzbau installation, a sculptural collaged wall, which he worked on in the last years of his life, walking five miles each way from his home in Ambleside to get there.

The MERZfunder digital download – available for a minimum donation of £5/€6/$6 at merzfunder.bandcamp.com – comprises 114 exclusive tracks, delivering more than 10 hours of Schwitters-inspired creativity. Contributors include:

Money raised will go towards the rebuilding and shoring up of the Merz barn at Elterwater in the Lake District, which was damaged by one of last winter’s storms.

Kurt Schwitters was an outsider everywhere – not just as an exile in the Lakes, in London, in Norway, but also in Germany, where the Berlin Dadaists wouldn’t let him join their club because he broke their rules as well as everyone else’s. That inspired him to develop his Merz style of artwork, which he applied to poetry, performance, and abstract expressionist sculpture, collages and installations.

Schwitters was an artist in exile for most of his life, and he worked wherever he was. He ended up in a barn in the English Lakes. This was a working building that was not designed to house an internationally important artwork. It has not weathered well, and is now buckling under the onslaught of age and climate change. It was the last place of work for one of the world’s most influential artists and it continues to inspire others today. For that legacy to continue, the barn needs to be made sound.

That’s what this MERZfunder is raising money for. Please pay what you can to help make this happen – and, as a bonus, treat your ears to a wealth of wonderful sounds created by 100+ of us who want to thank Kurt Schwitters for showing us that creativity is about finding the artist within each and every one of us in whichever medium feels right, the more primal and abstract the better.

As one of the originators of the cut-up collage technique, which he applied to sound, poetry and 3D installations in his famous Merzbau projects, Kurt Schwitters inspired countless others to explore their creativity outside the confines of the fine art tradition. Think Brion Gysin, William Burroughs, David Bowie, Lydia Lunch – all gave a nod to Schwitters for setting them on their path.

Kurt Schwitters was an outsider everywhere – not just as an exile in the Lakes, in London, in Norway, but also in Germany, where the Berlin Dadaists wouldn’t let him join their club because he broke their rules as well as everyone else’s. His creativity wasn’t bound by the values of the art world, his work never belonged in galleries. He had built Merz installations inside an ordinary house in Hanover, and when he had to leave them there (there was no place for ‘degenerate’ artists in Nazi Germany), he found somewhere else to make his mark: inside a cold, dark, little barn, buried in the most awe inspiring natural landscape. In the last years of his life, he walked five miles each way through those breathtaking mountains and valleys to get to his wall from Ambleside and make Merz.

The MerzBarn Langdale is under the care of the Littoral Arts Trust, which encourages artists inspired by Schwitters to continue his legacy by working at the site. http://www.littoral.org.uk / https://merzbarnlangdale.wordpress.com / @MerzBarnLangdale

The Schwitters Wall was cut out of the barn in 1965 and taken to the Hatton Gallery in Newcastle, where it remains part of the permanent display. https://hattongallery.org.uk

And to close this post and great video & sound from Sequential