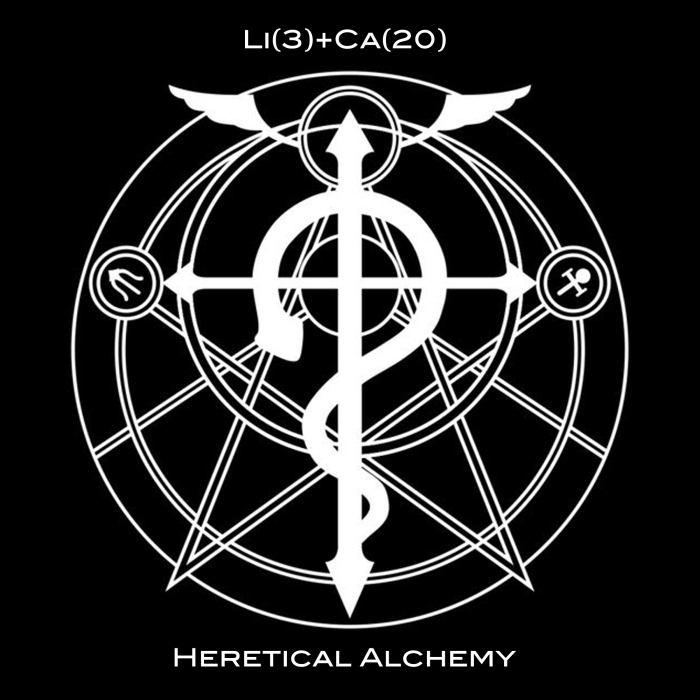 ‘Heretical Alchemy’ is the new release by The Glove of Bones. This particular project was in the ‘thinking about’ frame in the Autumn of 2017, but didn’t see live action until the following year. The original intention was an EP, maybe 4 tracks, 30 mins. But it wouldn’t stop.

The two critical sources are the article posted here in October 2015 (LINK) and the Lithium Toolbox on Nathans Lithium Industries Bandcamp. I was struck by the Lynch/Dean Hurley esque atmosphere in these, also the naming aspect.

The other incidental source came via Open Culture, an archive of various supernatural field recordings. I have nothing to add regarding their provenance or authenticity. Their affecting nature can not however be questioned. This is a headphone album, but keep a lit candle nearby.

I had in mind to run through the track names and establish connections, but I’ll leave that with the interested listener.

These words via Argali.

‘Working with source materials from the Lithium Toolbox, this album is an industrial deep dive into the themes of alchemy, although strains of drone, darkened beats, experimental dark ambient, and avant-garde electronica can be found in this auditory elixir as well. This album also features reprocessed sounds/recordings from the UBU Web Archive “Occult Voices – Paranormal Music, Recordings Of Unseen Intelligences 1905 – 2007”, a fascinating collection of recordings featuring, among other things, xenoglossia, trance speech, and ‘paranormal singing’.’

Whilst the album is ‘Pay What You Like’ I would encourage making a contribution to keep the label vibrant and able to release music that might otherwise not see the dark of the night.

I hope you enjoy the chemistry.