I was very pleased to be asked to produce some video for the songs that will appear on the eponymous debut LP from Walls of Dada. Theres a Kickstarter Campaign on the way soon to raise funds to produce a beautiful analogue vinyl copy of the release.

I hope we can produce some other visual materials which relate to the video. In making the film I’m trying to use a consistent style but using different source materials. The process is very lo-fi using readily available digital tech.

Read the full press release below and enjoy the video for the song ‘Tung’.

Listen to the Suicide-esque TUNG while you read the press release: 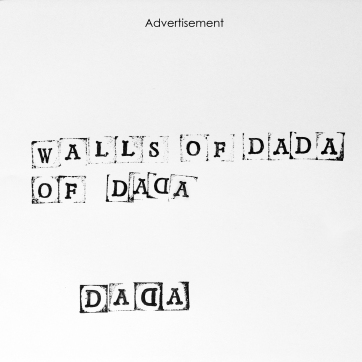 Walls Of Dada is Chris Olley from SIX BY SEVEN and Peter G Holmström from The Dandy Warhols.

Chris and Pete first met in 1998 when The Dandy Warhols asked Six By Seven to support them on their first UK tour. They have been in contact with each other and remained friends ever since and over the years had always talked about making some music together.

About a year ago, after hanging out at a Dandy’s gig in Nottingham, they made a plan to get something started. For Chris, and his aversion to making music using computers, the idea from the outset was to create something by simple means so as not to get bogged down by technology and end up sending myriad files and stems across the internet from one computer to the other.

In his studio in…